Evolution Funding can reveal that they have been placed 22nd in the Fast Track league table. The company has demonstrated an impressive 94% annual profit growth over three years, financing more than 31,000 vehicle loans in 2016 and increasing its rental fleet to 1800.

“We have enjoyed tremendous success over the last three years by reinvesting profits in a drive for growth across the group.  This has been combined with additional investment in technology that has delivered operating efficiency and an improved customer journey. The net result has seen us offer great value to customers and dealers whilst delivering underlying profitability. We will continue to reinvest in growing our business partnerships.”

“We are delighted to have been listed in this highly-regarded league table. It has always been something of a personal ambition for Evolution Funding to be recognised by the Sunday Times Profit Track 100 and the accolade is testament to the innovation and commitment of our people.”

The league table and awards programme is sponsored by BDO and UBS Wealth Management, and is compiled by Fast Track, the Oxford-based research and networking events firm.

Richard Rose, partner and head of the Midlands at BDO, the title sponsor of the league table, commented:

“High-growth, mid-sized businesses played a leading role in the UK economic recovery after the global financial crisis. With Brexit and more uncertainty looming, it is companies like these with their natural energy, ambition and entrepreneurial spirit that will help the UK economy thrive. By supporting their growth, government would also be helping to achieve a more regionally balanced economy that ‘works for all’.”

Evolution was one of four companies headquartered in the East Midlands who made the prestigious league table. Between them all they have made a strong contribution to the local economy, employing a total of 1,200 staff and achieving combined profits of £19m.

© 2021 Evolution Funding Ltd. All rights reserved | Evolution Funding Ltd and associated trading styles are authorised and regulated by the Financial Conduct Authority for credit brokerage. We are a credit broker not a lender. Our FCA number is 823324. Finance subject to status. Terms and Conditions apply. A guarantee may be required. Over 18’s only. PLEASE ENSURE YOU CAN AFFORD THE REPAYMENTS FOR THE DURATION OF A LOAN BEFORE ENTERING INTO A CREDIT AGREEMENT. We can introduce you to a limited group of carefully selected credit providers who may be able to offer you finance for your purchase. Our role as a credit broker is to determine which lender on our panel to introduce you to. Each credit provider may have different interest rates and charges. We do not charge you a fee for our services. We are only able to offer a range of finance products from these providers, which may be suitable for you and we will explain the key features of these products to you (or your introducing supplier will). We are NOT independent financial advisors. We will provide details of the products available from the credit providers that we work with, but no advice or recommendation will be made. You must decide whether the finance product is right for you. The introducing supplier or partner may have arrangements with other brokers or lenders and therefore you should consider the information provided to you by them. Rates will be either fixed based on the lender or based on your credit score. Fixed rates are determined by our contractual agreements with the introducing supplier and the supplier cannot change this rate. Credit score-based rates are pre-set, but are also linked to your individual credit rating. Typically, the higher your credit score, the lower the APR you will receive from a credit provider. We do not charge you a fee for our services. We will receive payment from the credit provider for introducing you to them and we will also pay a commission to the introducing supplier or partner. The amount both parties receive could vary by credit provider, which may be a higher amount in relation to certain products compared with other products available. The lenders we work with could pay commission at different rates. However, the amount of commission that we receive from a lender does not have an effect on the amount that you pay to that lender under your credit agreement. We run a number of different commission models depending on the arrangements that we have agreed with the lender and in turn agreed with our supplying introducers. The commission received is either a fixed fee or a percentage of the amount you borrow, which means the payment we receive may vary depending on the amount you borrow and the term the loan is borrowed over. This may also mean that the more you borrow the more the introducer is paid. Our commission, or that of the introducing supplier/partner, will not influence the interest rate that you will pay with a lender. 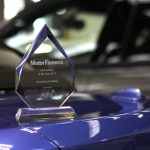 Evolution Funding ‘Intermediary of the Year’ for second consecutive yearAwards

Evolution Funding growth recognition at Northern Tech Awards 2017Awards
This site uses cookies and by using this site, you are consenting to this. For more information about how we use cookies, visit: Privacy Notice